From Reel Life to Real Life Hero: Meet Akash Singh Rajput a Youth Icon for the Youngsters of Madhya Pradesh 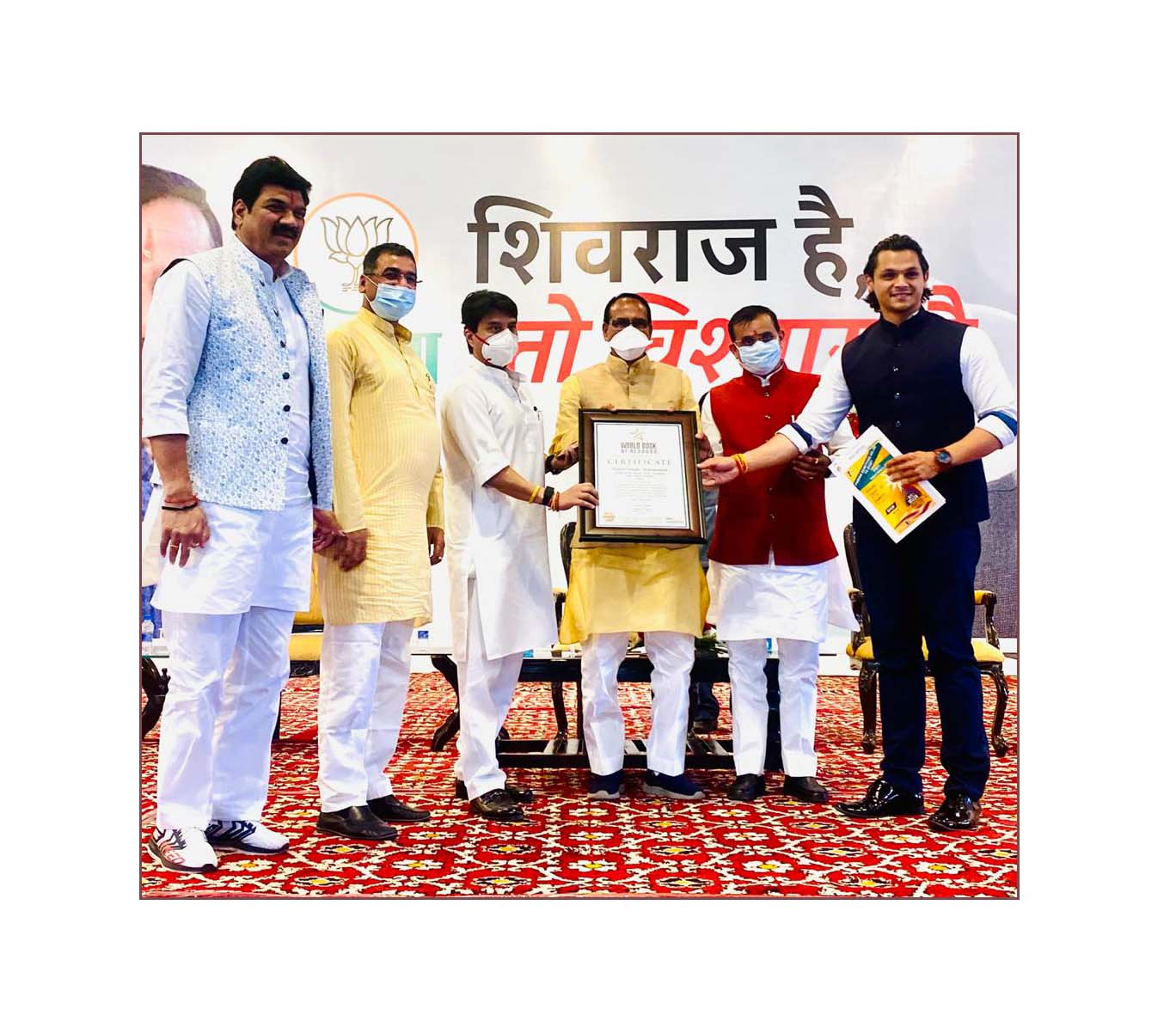 Madhya Pradesh, [India]: A man from the small city, Sagar, of Madhya Pradesh with big dreams has made it to the world records and many achievements in life and for the society that made him a youth icon for the youngsters of Madhya Pradesh. After studying at Scindia School, he completed his graduation from Christ University Bangalore. He chose to do an MBA from his hometown because he wanted to see the education system and level of education of his native place Sagar.

He finished his post-graduation from Hari Singh Gour Central University, Sagar, this is the same university from where Osho also completed his studies.

With a vision to make his city proud he tried his luck into the entertainment industry and as everything is not that easy to achieve, Akash worked hard and got his first break in “Karamfal Data Shani” on Colours TV. He has worked in many films and TV shows, you can watch his commendable performances in movies like “Toilet-Ek Prem Katha”, series like “Mirzapur”, “Porus”, “Ashram” and many more.

The success in the entertainment industry was not that satisfying for him, despite being an actor, he wanted to bring some revolutions and changes in his state and birthplace. From a reel to a real-life hero, he turned into a social activist and started working for the betterment of society. He conducted a cricket tournament named “Mantri Trophy Mahakumbh” at Sagar district MP and got recognized globally. He did not only make his city & state proud, today because of him India has been included in the World Book of Records, London for conducting one of the biggest cricket mahakumbh tournament by Gyanveer Seva Samiti, Surkhi. More than 6500 players represented 430 teams, the tournament held from 1st February 2021 to 12th March 2021. The mission and ambition behind this tournament were to eradicate the differences between castes, status, and race. He chose cricket as a bridge to connect the rural and urban, the lower and the upper caste, the rich and the poor. Cricket is a game that is loved by all and is having only a single religion, which is sports, and it’s an emotion for the people of India.

Talking about the importance of sports in today’s world he said, “Sports are very important in this era for immunity and fitness, as youth are getting indulged in the virtual world and are losing their fitness and strength.” He has taken several steps to brighten the future of the youth of Madhya Pradesh and even our country India. With this tournament, Akash has changed many lives and given hope to many who were hopeless because of their poverty and limitations of resources. He also said that several talented youths are unable to play, perform and present themselves. As they do not have the opportunity and equipment keeping that in mind equipment including bat and ball with the same t-shirts for all has been provided for the players. Akash said that the mission was to build unity amongst the community and to maintain equality between all kinds of castes and the status quo.

In the rural areas, many are suffering from malnutrition and for a player a balanced diet is mandatory. Gyanveer Sanstha by Akash provided a proper diet to those people and gave them the platform to prove themselves. Akash said, as the youth of Punjab, Haryana are representing our country in Olympics, he wants to support the youth of Madhya Pradesh to provide them with the opportunity to represent themselves in the Olympics and air international platforms.

Akash Singh Rajput got appreciations from worldwide and the Chief Minister of Madhya Pradesh Shivraj Singh Chauhan honoured him at his residence for taking such a great initiative. Chief Minister also took to his Twitter account to congratulate and share this news with the citizens of India. Akash Singh Rajput dedicated his world record to the feet of his mother and his father, Cabinet Minster Govind Singh Rajput. Akash said that it is his first step towards the Prime Minister’s call for Vocal for Local and Local for Global.

Akash has been honoured with many accolades and recognition in the media. Global Achievers Magazine’s March issue was mainly dedicated to the story of Akash Singh Rajput and his contribution to society. He was featured on the cover page of this magazine as an honour for his work. The mentor of the magazine stated that Global Achievers Magazine honours such personality with their feature story and cover page, who have brought changes in the society with their work. Soon, Akash will be seen in Iscon temple’s world magazine April addition for changing the lives of people inside the prison and giving them teachings of Lord Krishna with the people from all the world gurus.

Akash has turned himself into the thought of being a real hero for the public by influencing the youth with his work and motivates the youngsters by attempting and trying different things.  He is a one-man army and a multi-tasker with knowledge of sports, music, acting, dancing, social worker, mass leader, and still he is living a normal life with them. He is also a singer and he is launching a song soon this year to surprise his fans.