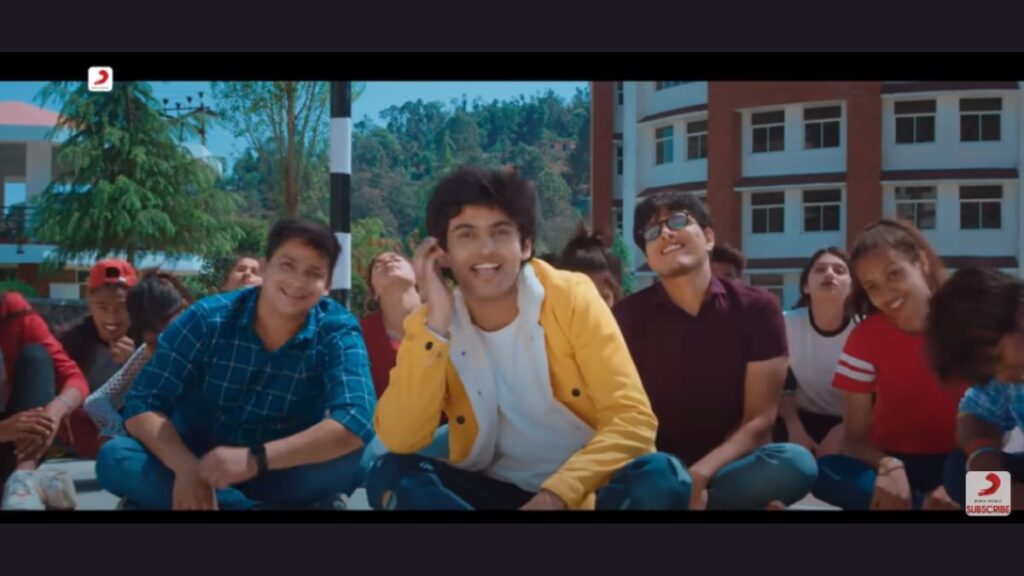 Mumbai, December 03: On a busy weekday in Mumbai, when the on-goers were going to their offices and colleges, people saw a young boy in his early twenties holding a placard saying – Jaan Abhi Baaki Hai- Mera Bharat Mahaan, with his innocent photo on the placard. While some people showed interest and a few ignored, the young boy was interacting with the people on the street, in markets and at local railway stations and requesting them to watch the song Mera Bharat Mahaan on youtube for his upcoming debut movie – Jaan Abhi Baaki Hai.

When some of the youngsters enquired about this act by asking him – Aye Hero Ho Kya? The young boy introduced himself as -Pranjal Shandilya, who is the young lead of the upcoming movie – Jaan Abhi Baaki Hai.  The song, Mera Bharat Mahaan, has already touched 3 million views on YouTube, and people are quite appreciating the song.

While interacting with Pranjal, he said, “I am a young artist who is debuting with Jaan Abhi Bakki hai movie in the Bollywood industry and would want my country people to support me, I don’t have any godfather in the industry, but I will reach the top only with my talent, struggle and passion for acting.”  Further, he added that he got this inspiration for the promotional act from one of his favourite actor, Mr. Aamir Khan, he said “I remember, Aamir sir once revealed that while promoting his debut movie- Qayamat Se Qayamat Tak, he himself pasted posters on the auto-rickshaws in Mumbai. I would want people to watch the song and support us.”

Mera Bharat Mahaan song was beautifully penned by Dr I J Mishra & Satyajeet and composed by Mr. Mahesh Matkar; the song was sung by Amit Mishra (Bulleya song fame), and the music was distributed by Sony Music India. The song was shot in Nainital and was choreographed by James Anthoney; there is also a special contribution by renowned choreographer Ganesh Acharya. Mera Bharat Mahaan song depicts and expresses the common feelings of all Indians; it is a patriotic song of hope showcasing love towards the country.

The movie Jaan Abhi Baaki Hai is an upcoming romantic movie which also addresses a social and global issue; the film was produced under IJM Productions Pvt Ltd. The lead cast includes talented debutant actors Pranjal Shandilya as a male lead and Swapnil Singh as a female lead. The movie is directed by Mr. Satyajeet, and the script is written by Dr I J Mishra & Satyajeet. The cast has a unique blend of new and ace character actors of the film industry, including Mr. Makrand Deshpande, Mr. Brijendra Kala and Mr. Rajesh Jais. Music is the main soul of the movie, which was supported by renowned and talented young singers who lent their voices, includes- Asees Kaur, Jubin Nautiyal, Javed Ali, Palak Muchhal, Amit Mishra, Yasser Desai, Dev Negi, Harshdeep Kaur, Arunita Kanjilal, Shahid Malya and Raj Barman.

If you have any objection to this press release content, kindly contact pr.error.rectification[at]gmail.com to notify us. We will respond and rectify the situation in the next 24 hours.