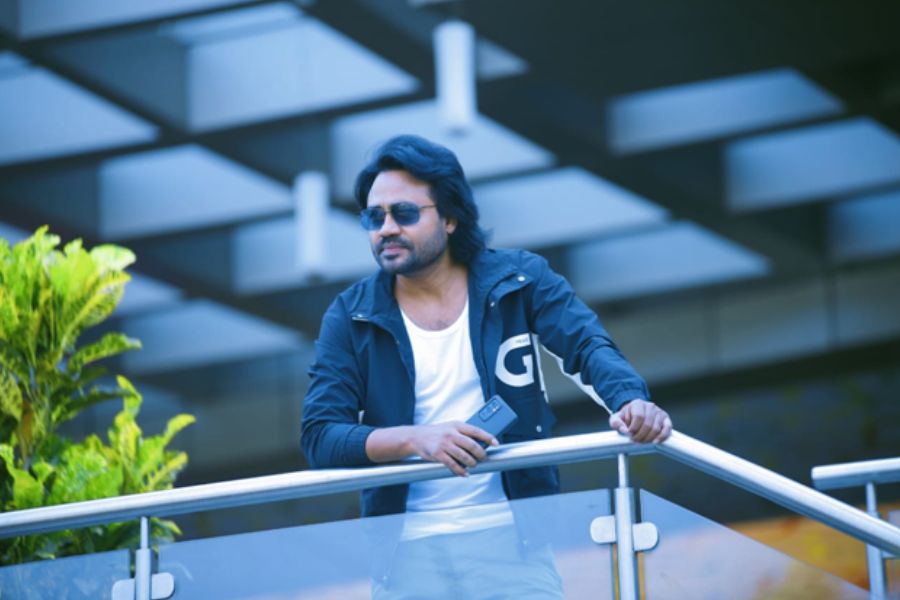 September 30: It is said that circumstances also inspire a person to do a lot and learn. Singer-turned-hero Prem Dhiraal is also such a personality, who created opportunity in difficult situations and today he is becoming an example for others.

Prem Dhiraal is the hero in the soon to be released Hindi film Bera Ek Aghori, but his story from zero to hero is nothing short of a miracle though it has hard work, determination and passion behind it.

How did Prem Dhiraal reach the world of glamor from a village in Chandrapur? It is a story full of twists and turns. Prem Dhiraal, a resident of Chandrapur, has been living in Nagpur for the last 12 years. He is the son of Kisan Dhiral, a labourer. His father passed away when Prem was just five years old. His mother raised five children by selling vegetables. Prem decided to do something after seeing the condition of his mother and home. He began singing in various orchestras, stage-shows and rock bands. After tasting success in singing, he has forayed into the acting world through films.

Prem Dhiraal worked hard to make his dream come true and never gave up, the result is in front of everyone. His father was a good flute player while his mother was a singer. He has inherited music and singing. This is the reason why Prem was inclined towards singing from a very young age. Later his albums were released by reputed music companies like T-Series, Shemaroo, Ultra Bollywood, which were highly appreciated. Jayesh Veera, the owner of Ultra Bollywood, encouraged him to try her luck in the field of acting. One of his friend gave him the opportunity to work in the film ‘Bha’ for the first time and thus his acting journey began.

The shooting and post-production work of his Marathi film ‘Bha’ and two Hindi films were completed before the Corona period and the lockdown. These films were about to be released in theatres. But, due to the pandemic, the release of all three films was postponed. In the film ‘Bha’, Prem Dhiraal is playing the role of a poor farmer’s son. He turns a patient in the psycho-thriller ‘Samakal’, while his character in a comedy picture is quite interesting.

Currently, Prem Dhiraal is very excited about his soon to be released Hindi film Bera Ek Aghori as a hero. Along with Prem Dhiral, Shakti Veer Dhiraal is also in the lead role in this film. Recently the music launch of Dhiraal Entertainment presented film Bera Ek Aghori was done at a grand ceremony in Mumbai. Producer Raju Bharati’s film has songs sung by famous Bollywood singers Nakkash Aziz, Shahid Mallya and Vaishali Made.

Prem Dhirsal says that “Bera Ek Aghori is a horror cinema but it also has a lot of thrill, romance and music. The story of the film and its concept is quite different which is going to be liked by the audience.

If you have any objection to this press release content, kindly contact pr.error.rectification[at]gmail.com to notify us. We will respond and rectify the situation in the next 24 hours