Poster of Mystery, Romantic -thriller ‘All is Wrong’ revealed! 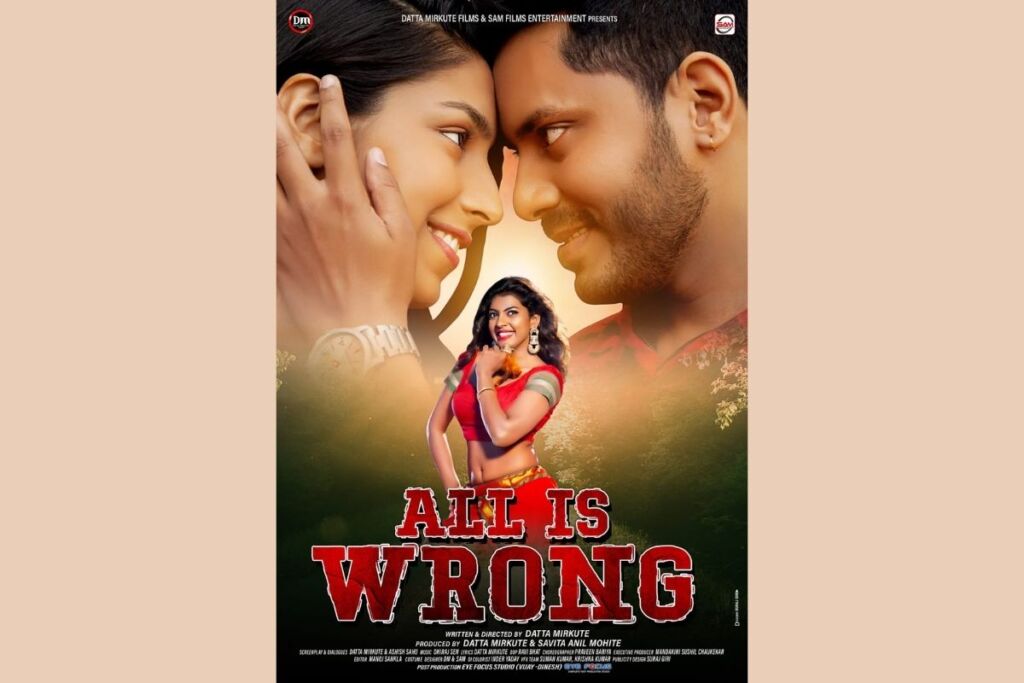 November 01: All over the years, barring the pandemic period, movies with different genres have been releasing every week. Now, as the pandemic is getting converted into mild endemic, the filmmakers are getting busy releasing their films. Again in recent years, movies have been made mixing genres to offer two-fold entertainment to the audiences. A new movie ‘All Is Wrong’ is a romantic thriller with added suspense. These multiple genre films are written and directed by Datta Mirkute and produced by -Datta Mirkute & Savita Anil mohite under the banner Datta Mirkute Films & Sam Films Entertainment.

Datta Mirkute, who earlier directed a Marathi film ‘Prem Sankat’ which was well received by the audience. Now while entering the Bollywood arena, he has written and directed ‘All Is Wrong’, which has romance and is laced with a murder mystery. The makers unveiled the poster of the movie in the presence of the cast and crew and noted dignitaries.

This romantic movie’s title ‘All is Wrong’ reminds everyone of a famous Aamir Khan dialogue from ‘3 Idiots’, ‘All Is Well’. Since this movie deals in a murder mystery and has a high thriller besides romance is aptly titled ‘All Is Wrong’, which too has melodious music in it.

‘All Is Wrong’ is being produced, directed by Datta Mirkute and has Anil Mohite, Nikhil Sonkeshariya, Muskan Lalwani, Rahul Bhise,  Sushil Chaukekar, Sodhi Sultan and Madhuri Pawar in pivotal roles.

This romantic thriller ‘All Is Wrong’, which touches the elements of betrayal and mystery, is getting ready to hit theatres all over the country very soon.