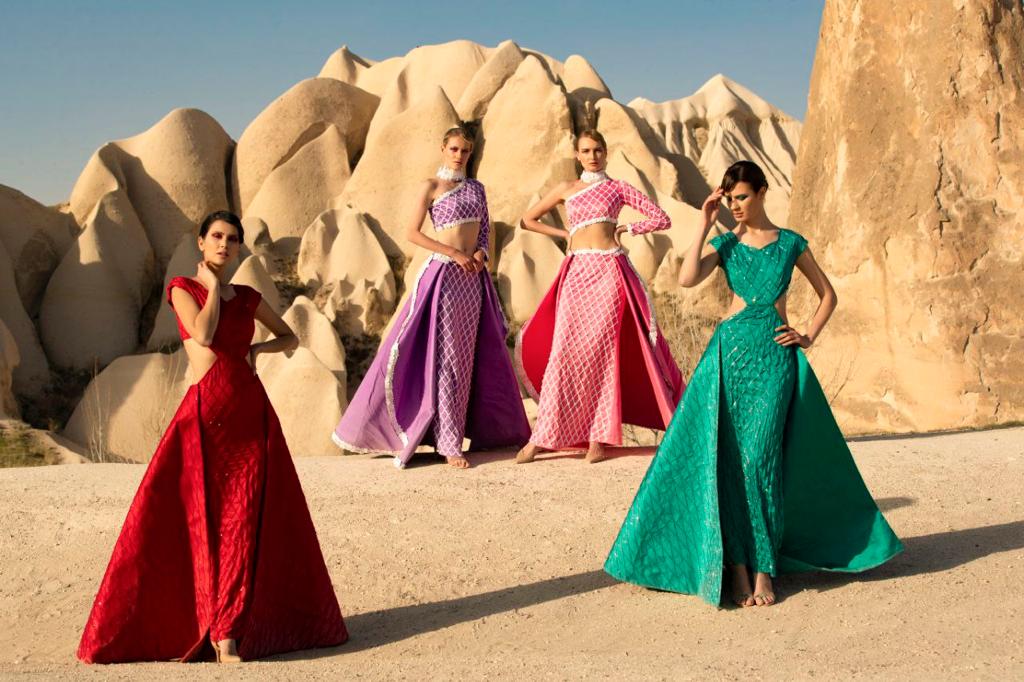 Fusing creativity and free-spirit through fashion and style

Cappadocia [Turkey], July 24: Started by a biotechnologist in the year 2010, BANI COUTURE is a reputed fashion house in Delhi that is centred on the concept of the dual nature of women as strong and independent, yet nurturing and caring. The brand found its foothold in the industry through its founder, artist and designer Bani Pasricha herself, who was inspired by her mother Nina. To attribute due respect and recognition to her ‘muse’, she dedicated a special collection to her mother by the name ‘Nina’ which is based on the theme of inspiration of a woman who strives for power, actualizes it and uses it to bring about change in society. BANI COUTURE reflects the true essence of both vintage and contemporary designs. The brand found its popularity through one of its ‘signature red gowns’ which has been worn by several celebrities as well as showcased in various international runways events.

For its founder, success did not come overnight. She pursued her education in the field of Bio-technology but her interest in the world of fashion gave her the courage to take a leap of faith and explore her creative zeal for design and styling. She enrolled herself for a course in London College of Fashion, post which she started her own label by the name ‘Fede by Bani’ which was later changed to her name itself and known as BANI COUTURE.

Some of the well-known collections of the brand are India Beach Fashion week (2012) launched in Goa; Royal Saga (2019) launched in Cannes Film Festival; the Pharaoh’s (2020) launched as its first digital edition in Paris Fashion Week and Collection NINA (2021) launched as a digital edition.  Bani Pasricha has collaborated with various fashion magazines and celebrities such as Raveena Tandon, Guru Randhawa, Rashmi Desai, Karishma Tanna, Sophie Choudhary, Esha Gupta to name a few.

The style and colours of the brand are sharply structured and defined by vibrant tones of red, yellow, mauve, pink and sunshine yellow as well as royal colours such as midnight blue and black, pristine white which reflects a blend of unconventional spirit that finds its roots in tradition. BANI COUTURE can be aptly described as an ‘art of nature’ weaved together in the form of a fabric exemplifying the connection between Indian and fusion wear that caters to the needs of a modern woman reflecting the elements of nature, culture and travel.

It is a well-known fact that recognition is succeeded by rewards. Bani Pasricha is the recipient of the RC Dalal Memorial Award which is considered to be one of the most prestigious awards of the India Fashion Week, London. Recently she has been recognised and awarded as the ‘woman of substance 2021’ by First India News, a regional news channel based in Rajasthan.

For Bani, “fashion is not just about following trends. It reflects the personality of the individual who is wearing it. Fashion is all about what makes you comfortable. You can walk with confidence in a room full of people if you are comfortable. Having said that, fashion is all about experimenting with new looks because it is the quirky style statement that makes you unique from others.”

As a growing fashion house in the country, today BANI COUTURE has started building its ethos of social enterprise to promote responsible and sustainable fashion as well as promote its narrative of the brand through its collection of designs and styles.