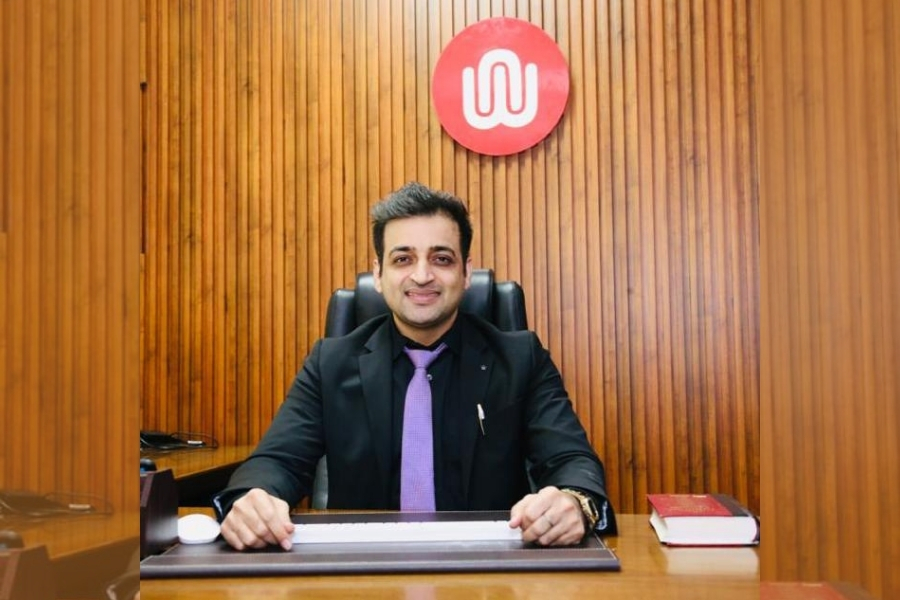 CEO Mr. Rajiv Arora said that the success of Nationwide Immigration is merely due to their values, ethics, quality consulting and the hard work

New Delhi [India] : Canada has always been one of the top immigration destinations for skilled workers and immigration aspirants from all over the world. The world-class education, universal healthcare, high-wages for professional workers, social status, and benefits have been a magnet for thousands. Besides, the number of Indians who became permanent residents in Canada doubled from 2016 to 2019. Flattered by beautiful scenery, easy-going lifestyle, stable economy, and an immigrant-friendly society, Indians contribute the highest no. of the immigrant population in Canada.

According to the analysis conducted by NFAP on ICCRC data revealed the number of Indians immigrating to Canada increased from 39,340 in 2016 to 80,685 in the first 11 months of 2019. Out of the total no. of the Indian population admitted to Canada in 2019, 40,275 were admitted via Express Entry, which accounts for 47% of total ITA’s issued to Indians.

Being the fastest-growing economy ranked at 10th in the world, the country offers a huge advantage to migrating Entrepreneurs, Start-up Accelerators, and Business Investors by offering permanent residency to them & their families. While drilling down the details about Canada’s upcoming plans for immigration, a conversation between Business Mint and Mr. Rajiv Arora, the founder of Nationwide Immigration Services Pvt. Ltd. ( www.NationwideVisas.com ) has made a lot of things clear. They are India’s leading visa consulting firm, awarded as the Best Immigration Consultants in India for Canada and Most Trusted Visa Brand in India 2018.

Nationwide Immigration was also nominated amongst the top thirty trend setters companies of India in an award ceremony that took place at London in the year 2018.

CEO Mr. Rajiv Arora said that the success of Nationwide Immigration is merely due to their values, ethics, quality consulting and the hard work of the whole team of Nationwide Visas. He further said that “In the upcoming years, Canada plans to invite over 1.2 million people to live and work in Canada permanently. This is, by far, one of the biggest immigration news in the world. The 2021 – 2023 immigration plans were announced by Marco Mendicino, Minister of IRCC on October 30, 2020. They are trying to mitigate the gap of the rising demand for skilled workers in Canada, as well as, invigorate the consistently rising economy with educated working professionals.”

Mr. Arora shared that more than half of the migrants are interested in migrating on a Canada PR Visa through Express Entry itself, as it is the fastest immigration program ever in history. They have always been one step ahead, advising their clients to immigrate to Canada with the most suitable program according to their profile. They offer quality visa consulting services to students, skilled professionals, entrepreneurs, SMEs, MSMEs, and other business owners

Located in Delhi, Mumbai, Gurugram and Canada, the team takes care of clients by offering the best Canada PR visa consulting to residents of Tier-1 cities in India as well as international residents interested in immigrating to Canada. The team ensures flawless and end-to-end immigration services for all the candidates so that they don’t face any difficulties while applying for Canada PR, and moving to Canada. Nationwide Visas offers the best representation to their clients by having an association with two ICCRC registered members and a post-landing team in Canada.

The values of great leadership helped them stand out among their competitors, which is why they were nominated as “The Best Immigration Consultants of India” by Business Mint. After accessing their performance in the industry since their inception, the jury collectively concluded to present this award to Nationwide Immigration Services private limited.

A lawyer and immigration expert, CEO Mr. Rajiv Arora said, “Canada tops the list of countries by Quality of Life and offers a point-based immigration system for skilled professionals and entrepreneurs. That’s why Canada is the best place for Indians to migrate and settle. In fact, over a million Indians already call Canada their second home. Besides, helping people secure opportunities overseas makes us proud of what we do. Moreover, the increased quota of immigration will increase the number of people in Express Entry Draws from 3500 to 4500 in 2021. Keeping the downward trend of CRS cut off in mind, it may further decrease to 465- 468 in upcoming draws starting from January 2021.

Nationwide Immigration Services is ICCRC Registered and one of India’s best immigration consultancy. The entire team of Nationwide works on a policy Mission Zero Defect which is derived from the famous Japanese concept of KAIZEN. Therefore, our vision and mission is to improve the quality of services each day to equip our clients with thorough information about the immigration process, enabling them to make informed decisions. Established in 2007, we aim to holistically cater to the immigration needs of our clients. Our Immigration and Visa Consultants render personalized assistance at every step of the client’s immigration journey.

As the best immigration consultants in India, we consult and counsel our clients to the best of our abilities and with transparent information on their eligibility for a visa. With a presence in this industry for over 14 years now, we have a track record of successfully processing more than 25000 applications with excellent success rate aiming for 100% client satisfaction.

Having profound knowledge of Immigration and countless success stories with extraordinary results have made us popular in the industry of immigration as ‘’Canada PR Visa Masters.’’ Thus we confidently claim that ‘’If we can’t get you Canada PR Visa, Nobody Can!’’

Discipline and Flexibility together with 21K

First poster of LaVaste Out: Omkar Kapoor Seen in a Compelling Role